We obtain central limit theorems for stationary random fields employing a novel measure of dependence called θ-lex weak dependence. We show that this dependence notion is more general than strong mixing, i.e., it applies to a broader class of models. Moreover, we discuss hereditary properties for θ-lex and η-weak dependence and illustrate the possible applications of the weak dependence notions to the study of the asymptotic properties of stationary random fields. Our general results apply to mixed moving average fields (MMAF in short) and ambit fields. We show general conditions such that MMAF and ambit fields, with the volatility field being an MMAF or a p-dependent random field, are weakly dependent. For all the models mentioned above, we give a complete characterization of their weak dependence coefficients and sufficient conditions to obtain the asymptotic normality of their sample moments. Finally, we give explicit computations of the weak dependence coefficients of MSTOU processes and analyze under which conditions the developed asymptotic theory applies to CARMA fields. 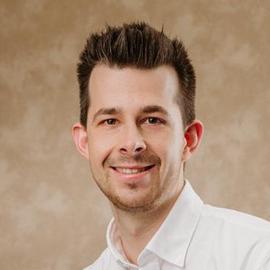 I am a postdoctoral researcher at the Department of Mathematics at Imperial College London and research associate at the Alan Turing Institute.